All posts by Street Talk

One of the most frightening places to be while we are in the grip of a pandemic must be in a prison or detention centre. In principle women should only be sent to an immigration detention centre immediately proceeding their removal from the country. Such removals are not taking place at this time due to the Coronavirus crisis, so why are the Home Office continuing to send women into these centres where they will be in even greater danger of contracting the virus?

The women who we have worked with who were held in immigration detention centres were in the UK as victims of trafficking and survivors of harrowing exploitation. We appeal to the government to stop sending extremely vulnerable women into danger. 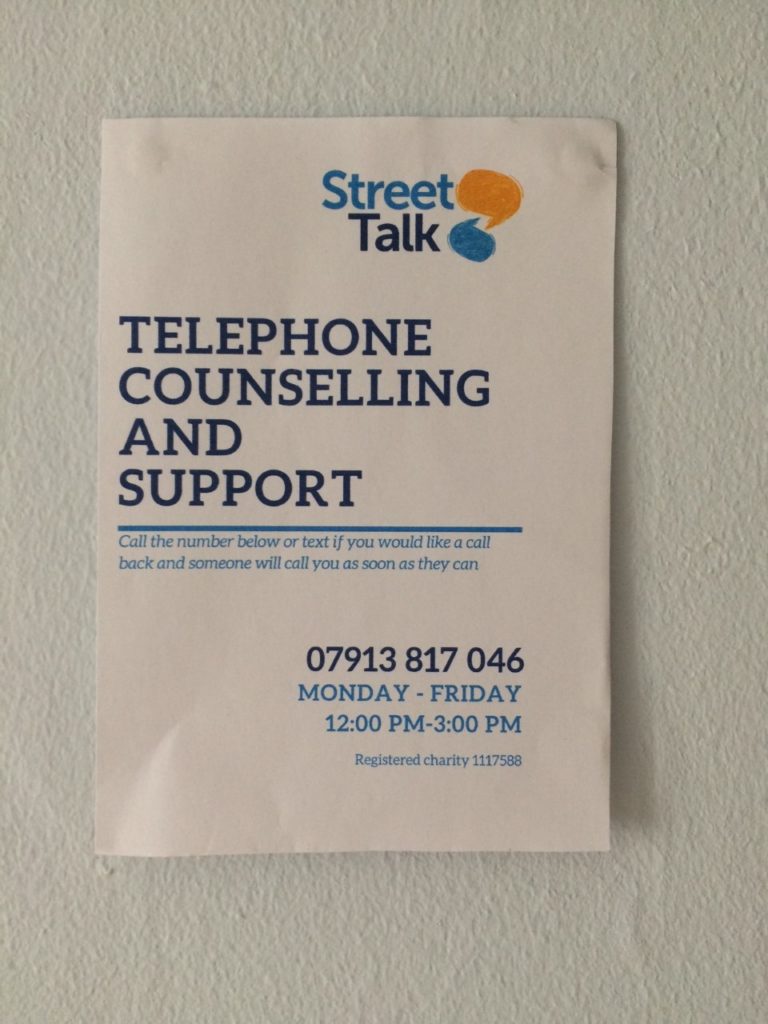 This is an exceptionally stressful time for the vulnerable women we work with, and with outreach services suspended across the sector, many will be forced to get through it with less support than ever.

Street Talk has always offered telephone counselling to those women who are not in a position to attend in person and we will now be extending that service. Starting from today, we are offering free telephone counselling and support to women at six hostels across London. Whether it’s to talk about the virus or any other issues that she may be facing, one of our counsellors will be available to any woman who needs us.

In response to the death of Errol Graham

We were saddened this week to hear about the case of Errol Graham who starved to death in June 2018 after his benefits were stopped.

Assistant coroner Dr Elizabeth Didcock who heard the inquest into Errol’s death wrote in her verdict that the “safety net that should surround vulnerable people like Errol in our society had holes within it” — an inconvenient truth that, after 15 years of working with some of the most vulnerable and marginalized, we at Street Talk are all too familiar with.

Street Talk would urge the Department for Work and Pensions to learn from Errol’s case and improve our benefits system to work for the most vulnerable, and not against them as appears to have been the case here.

Street Talk has worked with numerous people who have missed out on their entitlement because they were too unwell to navigate a system that treats them with suspicion and hostility.

In one instance a woman’s benefits were sanctioned due to administrative error causing her to become homeless. Now living on the street, she was attacked and suffered a brain injury which lead to a permanent cognitive impairment. Even with our support it took 19 months to get her benefits reinstated and in the meantime her life had been tipped into a negative spiral as often happens when the most vulnerable are sanctioned.

All of us at Street Talk are shocked and disappointed that MPs voted 348 to 252 against the Dubs Amendment.

The Amendment to the Withdrawal Agreement Bill offered safe passage to the UK to those unaccompanied refugee children, in camps in Europe, who have family members in the UK. Without family to protect them, the children are extremely vulnerable, to traffickers and to sexual exploitation. Street Talk works with the victims of trafficking and women in exploitative prostitution, all of whom became vulnerable as children.

We know that there are children as young as seven alone in camps. By dropping our guarantee of their right to be reunited with their families, we are preparing to put those children in harm’s way. Street Talk will continue to support Lord Dubs in his courageous fight to take care of these most vulnerable children.

An online petition calling on the home office to protect the reunification scheme has already been signed by over 200,000.