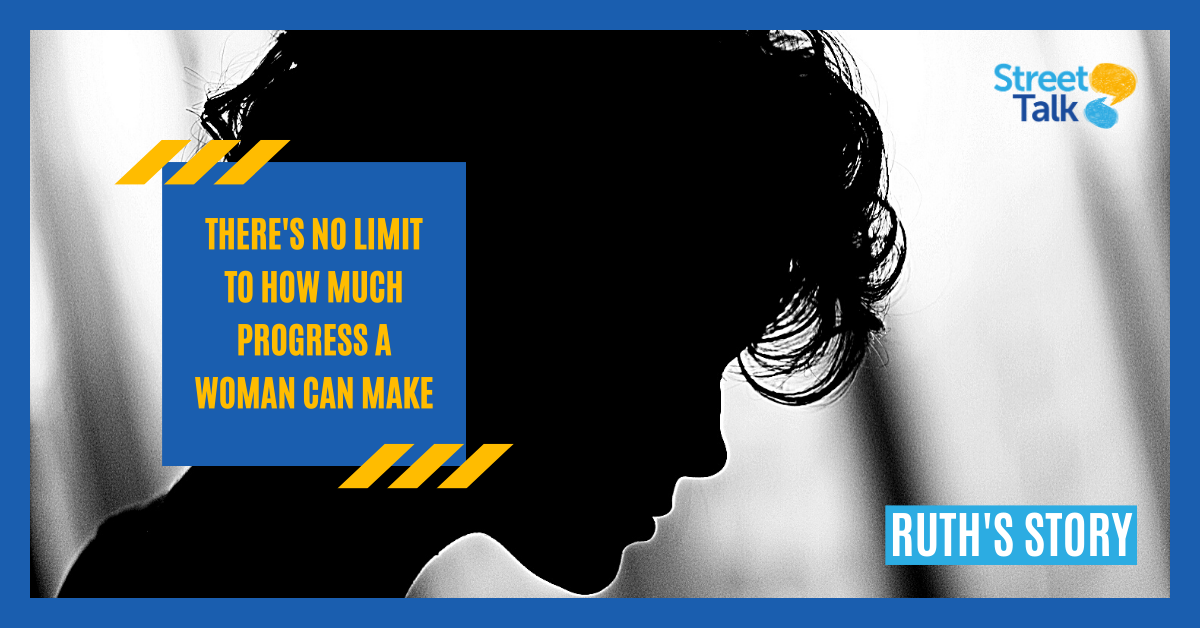 Like most of the women we work with, Ruth’s story begins with abuse in childhood. She grew up in care and missed out on her education as she was frequently moved between foster homes.

When she came to Street Talk she was in her late twenties and on crutches having fallen from a balcony while high on crack. At that time, she was very mentally unwell, homeless, sex working and chaotically using.

Beginning therapy, Street Talk learned that Ruth was grieving for her child who had been removed by social services and later died while in foster care. She was desperate and talked of taking her own life.

Over time Ruth formed a good relationship with her counsellor who very quickly saw what an intelligent woman she was. Gradually her mental health improved and her using reduced. After eight months she began to talk about what she might like to do with her own life, and to start to dream about what she might be capable of.

Ruth decided that she wanted to take part in an entrepreneurship training course provided by one of Street Talk’s partner organisations. She set herself the goal of stopping using crack before the course began — a goal which she achieved.

After a nervous start Ruth soon found her feet and with support from Street Talk and our partner organisation she was able to make the most of the opportunity.

She went on to complete an access course and eventually earned her degree in psychology from Middlesex University. After graduating, Ruth felt she had made enough progress that she no longer needed Street Talk’s services. We can only imagine how far she will go.