By Street Talk 12th May 2021 Uncategorised No Comments
0 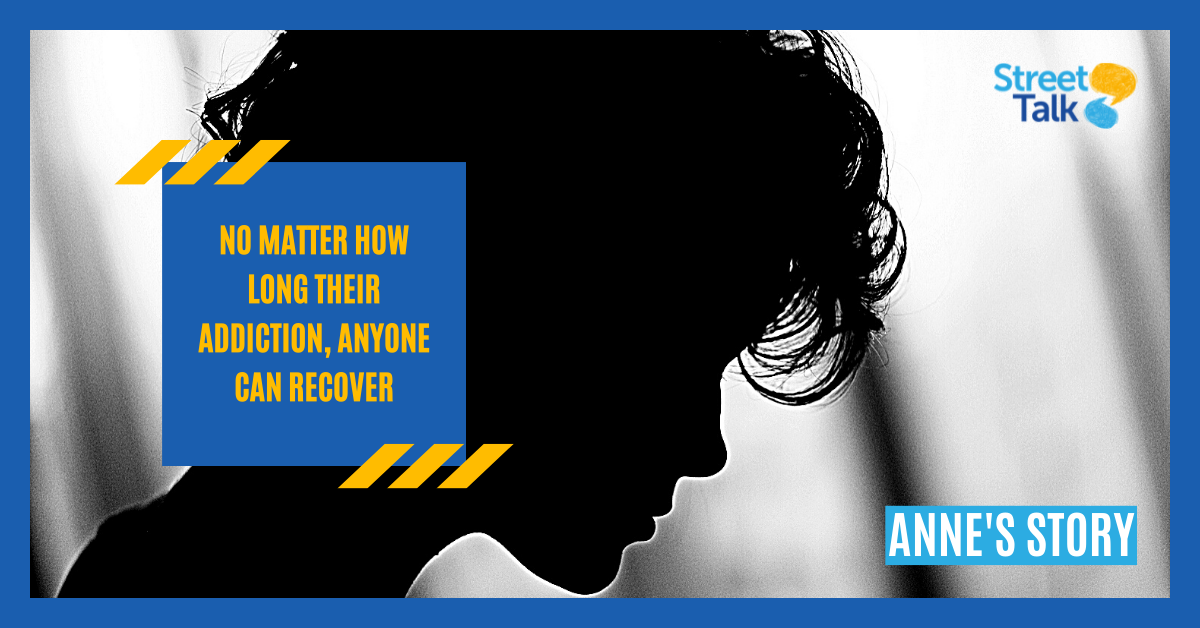 ‘Anne’ had been trapped in the vicious circle of addiction and street prostitution for 18 years. It was a small miracle that she had survived life on the streets for so long.

Now pregnant, Anne went into premature labour brought on after her brother was kicked to death in the street in gang-related incident. Anne managed to use crack several times during labour and both mother and baby were very unwell. Street Talk was there that day and things didn’t look great for either of them; the sadness of knowing that the baby would be removed overshadowed any joy.

Of course Anne wanted to be a mother to her child. When social services weren’t prepared to give her a chance to demonstrate parental capacity, Street Talk fought in a family court for her to get a place in rehab, which she was granted, and then continued therapy with her there. It was tough. One day, in her first weeks, she took her therapist to look at the red brick garden wall about eight feet high. The therapist wasn’t sure what they were looking at, so Anne pointed to a place in the wall where the brick had crumbled. To Anne that was where, she could get a foothold, climb over after dark, go and use crack, then climb back in, undetected.

Anne said she never stopped thinking about that crumbled brick, but she didn’t climb the wall and she hasn’t used again. As her head cleared, and with the right support in place, she found the self belief and determination to overcome her addiction. Her troubles had begun in childhood, when she was born to a woman who struggled with alcohol addiction. Anne got her child back from care and has broken the cycle. She showed us all that it doesn’t matter how long you have been addicted, or how high the odds are stacked against you, anyone can recover, and it’s never time to give up on a person.