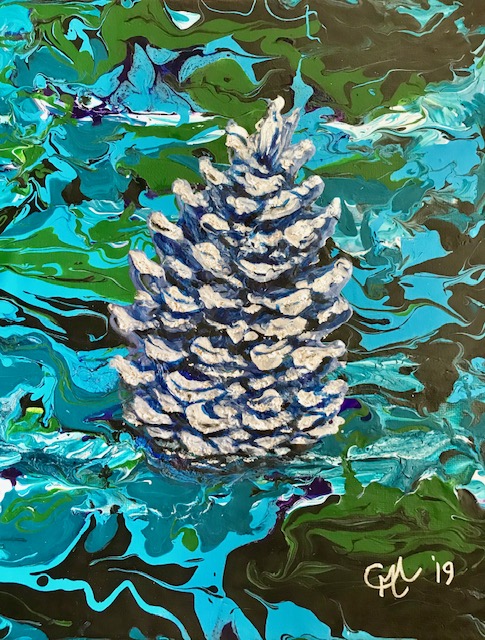 Another turbulent year is drawing to its close.  We might not be able to turn the political tide, but together we can reach out to some of those who find themselves on the margins, in the shadows of an unkind world.  We are more grateful than ever for your loyalty to this tiny charity enabling us to work with some of the most vulnerable for another year.

As I write this, the nation is still grieving for the Vietnamese people who perished in the back of that lorry. With your help, we have reached out to some women who have made perilous journeys to London, some in the grip of traffickers, others for whom leaving home was their only hope of survival, concealed in the backs of lorries, or making precarious sea crossings in overcrowded boats.

One of the women who was put in the back of a lorry by traffickers was May. She and her mother were captured from a village in Vietnam when she was fourteen. May was sold, a commodity, from one brothel to another, eventually transported to London from Europe. I am so grateful to you, that I was able to work with her within days of her escape. I will never forget her saying, “You are the only person I know in the world.” She was a scrap of humanity, chronically mentally unwell, too afraid to leave the hostel, lost in grief for her mother, not knowing whether she had survived, or where in the world she might be. One of our volunteers used to meet her at the hostel and just walk to the corner and back with her, to help her overcome the fear of going outside, of being captured again. That was some years ago and May is well now, married with a little family of her own and working. If you met her you would have no idea what she has survived, an exceptional young woman. How privileged we were to know her and that is the joy of this work.

One of the highlights of this year was a photography group Charlotte ran, with six women between the ages of twenty and seventy-five, from Albania and Jamaica. Some had been trafficked, others held in immigration detention centres. The joy came from the companionship which grew between the women and from seeing them use their cameras to begin to find their place in a city which had seemed scary and hostile.  In the first weeks, one of the young ones hid behind another woman all the time, not daring to speak a word. Over the weeks the women found their confidence going all over the city on buses and the underground, taking pictures together, a small step towards making this city home. One day they piled in to the Victoria Beckham boutique on their way to an exhibition on Dover Street where they were given a lovely welcome by the staff. Kindness in unexpected places. Thank you to those of you who came to the exhibition of their photographs which the woman called Pieces of London.

Another highlight has been Catriona’s work with Nina. For years Nina was in that terrible place, so familiar to many of our women, where the only way she could cope with the crippling shame people abused in childhood suffer, was with crack, which in its turn brings its own suffering. Nina felt too hopeless and afraid to leave her room in her hostel most of the time, but although Catriona didn’t see her for long periods, she never gave up on her. Nina began to find a little place of safety in her art therapy sessions and when she felt safe, hope followed. This year Nina is starting a career as an artist, a little miracle. Another one because Street Talk surviving in these times seems like a miracle.

I wish you could all have been with me yesterday. I was at the Barbican watching Jo who came to Street Talk straight from prison, walk across the stage and pick up her degree. Her story also began with sexual abuse in childhood, the thread which connects all the women we work with. Jo is magnificent and humbling in her capacity to forgive the people who have abused her and hurt her along the way and is now using all that she has lived through, to start up a charity of her own, working with young people at risk. That is the infinite beauty of  the human soul which lies at the heart of this work.

You may have heard me say that Street Talk will always be a small charity. It’s because the small charities seem to do the best work, but we don’t lose sight of the other women we are not able to reach. This year Free Association Books published Not Angry But Hurting which shares all the learning of the past fourteen years of Street Talk, explaining the particular model of therapy forged by our women, therapy of presence. We hope it will encourage others to reach out to the most vulnerable women.

Some of you have heard me say before that the joy of Street Talk is the good people who have found their way to us over the years. I mentioned Catriona but our other therapists, Amanda, Asta, Helen and Rose all work with tenderness and compassion too.  We are in this together. On behalf of all of us at Street Talk, thank you.